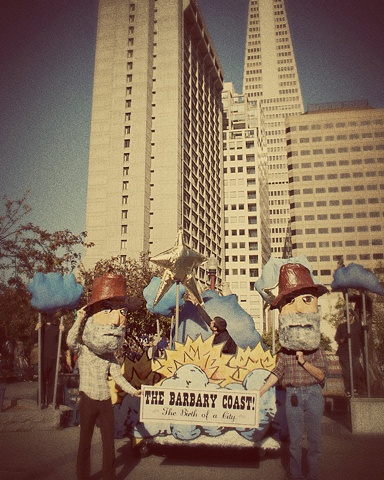 The Barbary Coast
The Birth of a City
Portsmouth Square, San Francisco 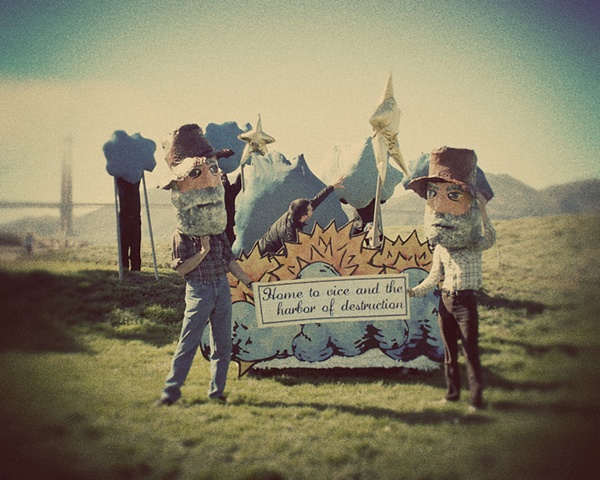 The Barbary Coast
Home to Vice and the Harbor of Destruction
Crissy Field, San Francisco 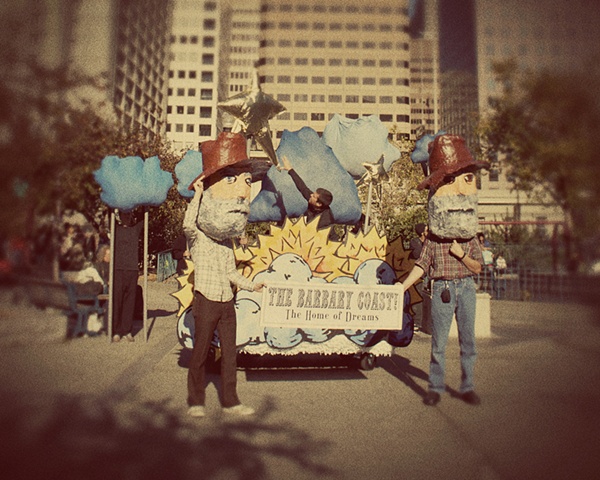 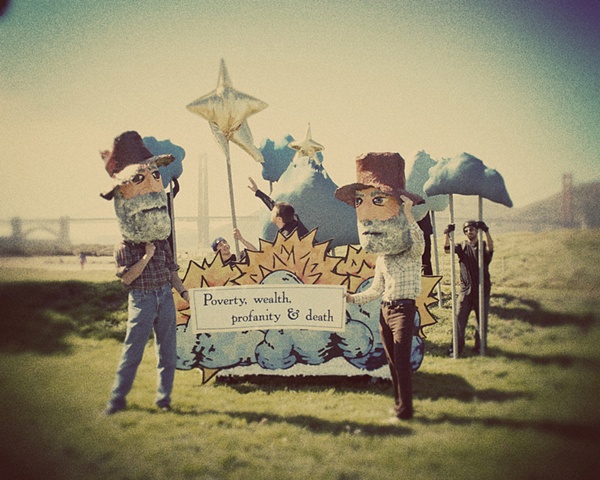 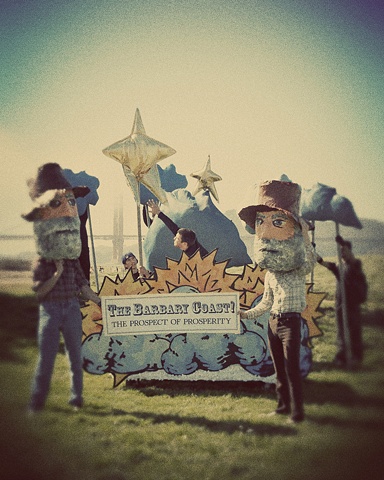 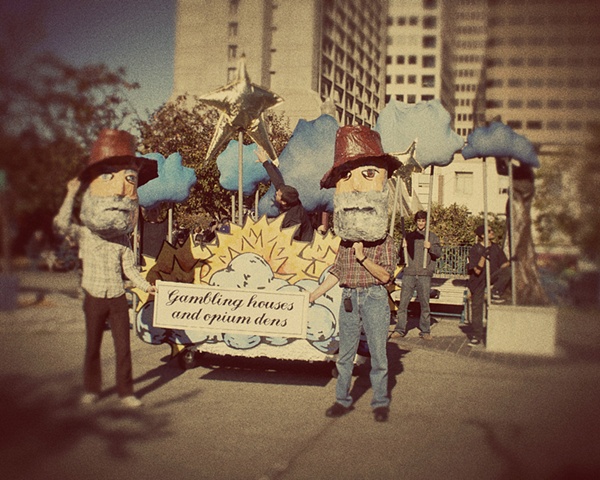 As part of Root Division's Introductions 2009: An Exhibition of One Dozen Emerging Bay Area Artists, Barbary Coast delved into the district that became the stomping ground for treasure seekers coming to San Francisco during the California Gold Rush. It is now infamous for its seedy, lawless and wanton past. Photos were taken of temporary public installations of his piece at Crissy Field and Portsmouth Square, two different locations along the Barbary Coast Trail. By placing himself in the scene, Chris equated the hopes of fame and fortune for prospectors of days of yore to the same dreams he had when he arrived in San Francisco as an artist.