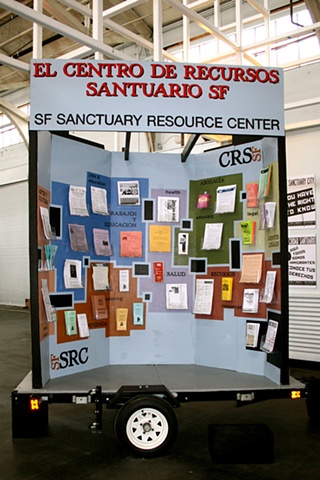 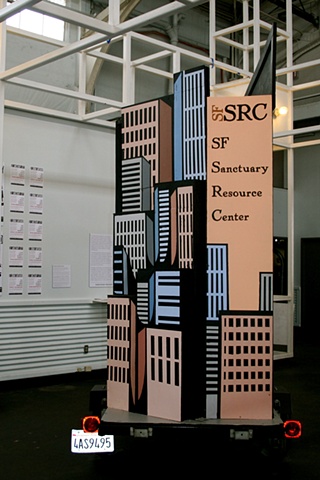 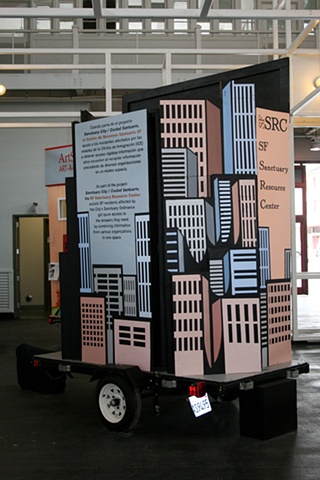 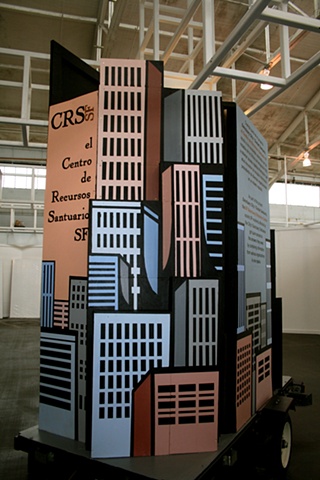 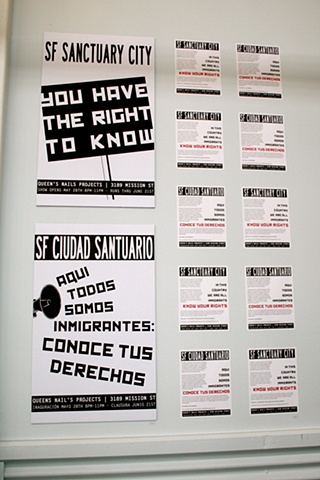 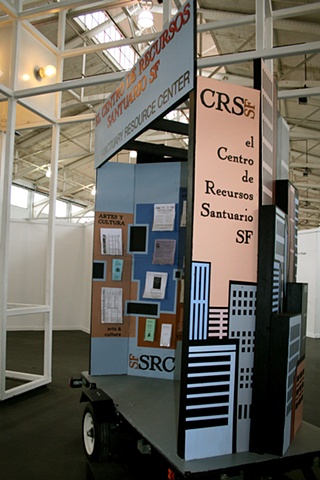 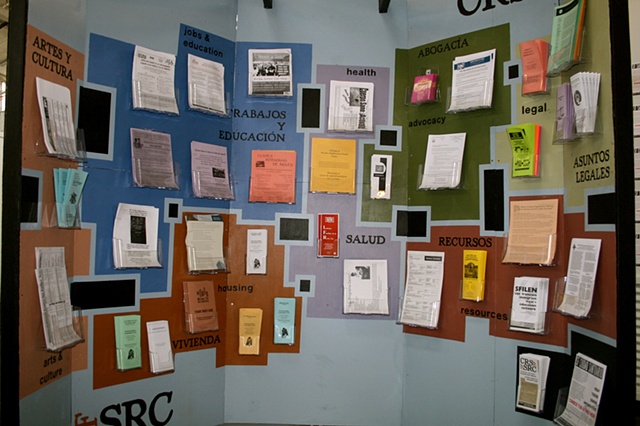 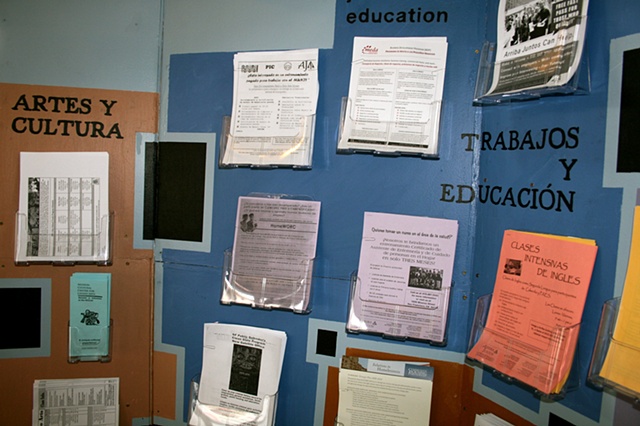 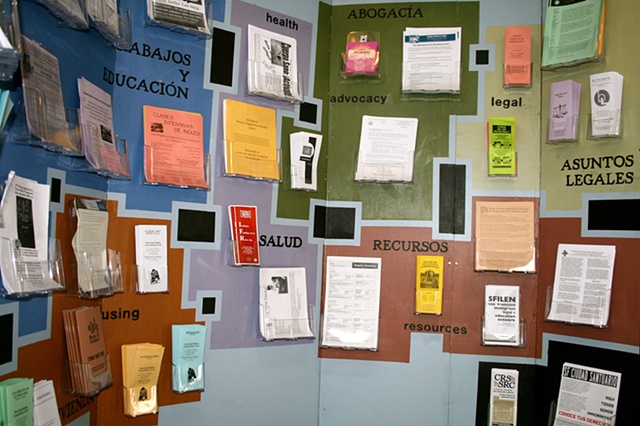 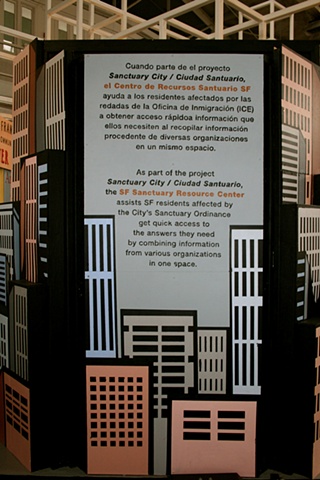 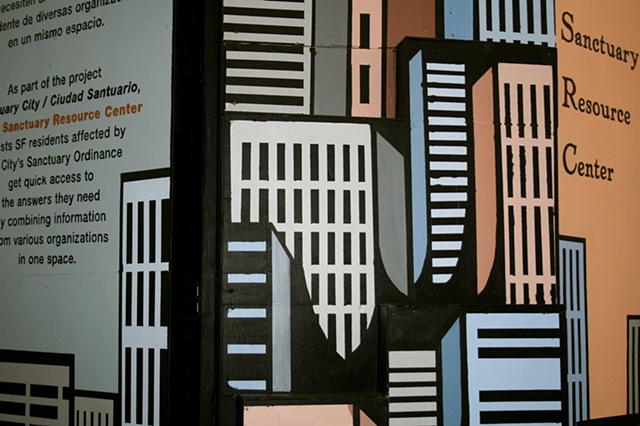 In 1989, San Francisco passed the "City of Refuge" Ordinance (Sanctuary Ordinance) which prohibits City employees from helping Immigration and Customs Enforcement (ICE) with immigration investigations or arrests unless such help is required by federal or state law or a warrant.

The Sanctuary City/Ciudad Santuario 1989-2009 project, produced by Agit-Van, looks at the status of this ordinance and its relation to the larger debate on immigration in the USA. On May 1, members of Agit-Van participated in the May Day March in San Francisco and distributed information about their Queens Nails Projects installation.

As part of the project Sanctuary City / Ciudad Santuario 1989-2009, the SF Sanctuary Resource Center (SFSRC) assists SF residents affected by the City’s Sanctuary Ordinance get quick access to the answers they need by combining information from various organizations in one space. The SFSRC will be part of the project’s off-site performances along with video projections of testimonies about the raids that will be projected on various locations throughout SF that have been raided.