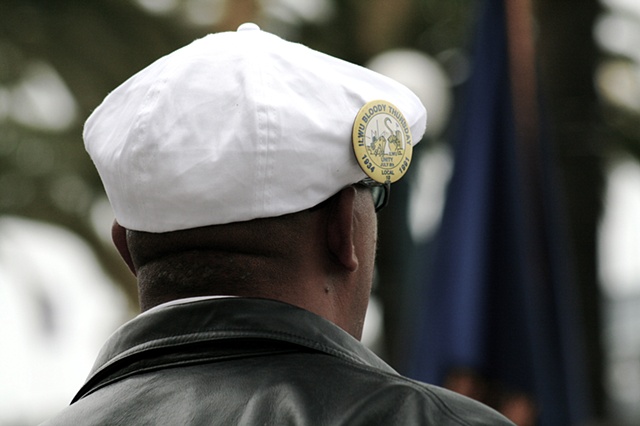 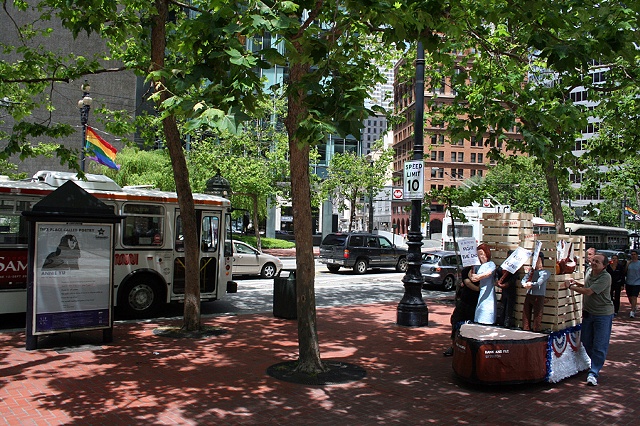 The 1934 West Coast Waterfront Strike, which shut down ports all along the West Coast starting on May 9, 1934, saw the rise of the “rank and file” as a united front fighting for workers’ rights and was an important catalyst for the rise of industrial unionism in the 1930s. Major events from this 83-day strike took place in San Francisco. July 5, 1934 saw the most intense demonstrating and conflict to that point as the day ended with the use of teargas, the overthrowing of trucks and the deaths of two strikers. That day came to be known as Bloody Thursday.

The performance of the float will serve as a way to remember and appreciate the struggle of the rank and file for the labor rights we enjoy today. But the float will also act as a reminder of the power of the average person to fight for justice where it is otherwise lacking. San Francisco has a rich history of protest and strikes, from the Strike of 1934 to the White Night Riots, to current issues like the war in Iraq or Proposition 8. The rank and file is often the force that incites change not only in San Francisco, but also throughout the country. Although the 1934 West Coast Waterfront Strike occurred seventy-five years ago, it continues to inspire and demonstrate how average people can join together as a powerful unit and make change.