IN THE NEWS
August 2012 - War Gastronomy and Spontaneous Interventions in Architecture Magazine.

July 23, 2012 - A mixed-tape inspired by The Mobile Arts Platform and Performing Communities at SOMArts in The Bold Italic.

June 20, 2012 - The Mobile Arts Platform as part of The Next Fifty at the Seattle Center in Center Spotlight


ARTIST STATEMENT
The time Chris spent working with marginalized populations led him to eschew the art "establishment" in favor of public performances that allow him to interact with a broader audience and the public space outside of the art institution.

Much of his work also involves collaborations, many times with local non-profits. The collaborations usually involve mobile stages brought around San Francisco to create public events. The events are meant to highlight the groups while giving them exposure to a wide range of people throughout the city in a unique and refreshing way. Chris uses imagery from popular culture and common marketing techniques to give the viewer new information in a comfortable format that they can easily digest. 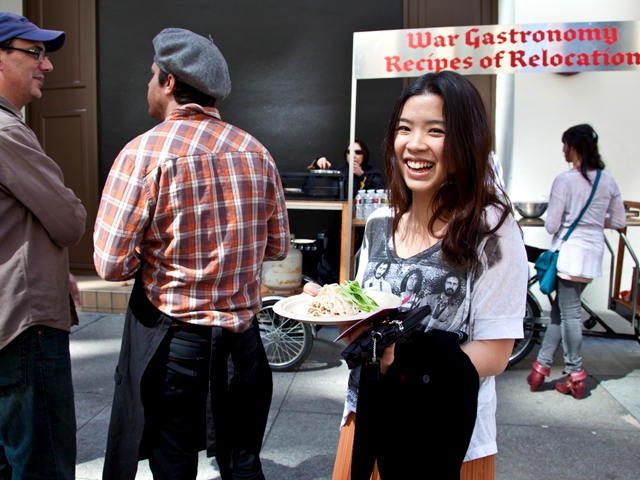